The troubling case of Asia Argento, Jimmy Bennett and the #MeToo movement 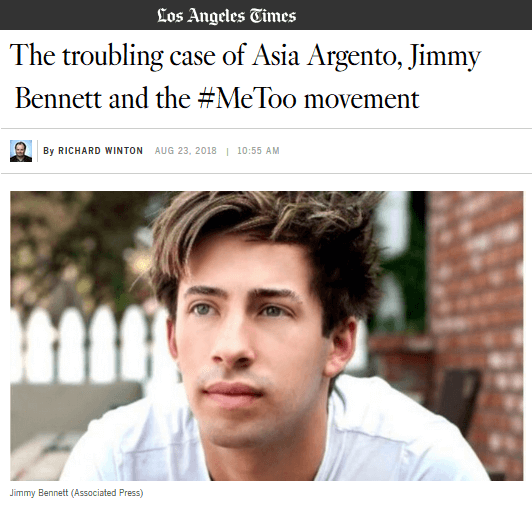 The Los Angeles County Sheriff’s Department is in the early stages of an investigation into allegations that actress Asia Argento sexually abused child actor Jimmy Bennett at a Marina del Rey hotel in 2013. But like so many sexual abuse allegations in Hollywood over the last year, this case is playing out in the media and the court of public opinion.

Law enforcement authorities from Los Angeles to London have investigated dozens of allegations against Hollywood figures including Harvey Weinstein, Kevin Spacey and others. The Argento case, however, is unique because she was one of the leading figures calling out others in Hollywood for alleged wrongdoing.

“It’s a man-bites-dog story, and it’s an anomaly in a serious and profound movement forward,” said Davia Temin, a crisis manager who does research on the #MeToo movement. “It shows that the story gets more complicated.” […read more]