The ‘Roseanne’ reaction: What protections does the First Amendment actually afford? 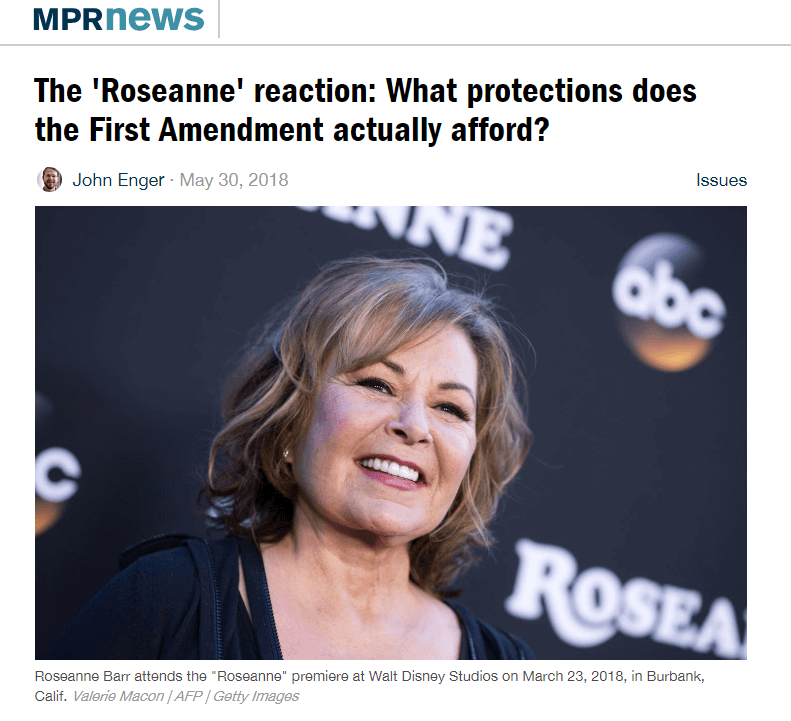 In the small hours of Tuesday morning, comedian and TV star Roseanne Barr crafted a tweet that was widely seen as hateful and racist. Barr has since apologized for her tweet, and claimed she was using the sleeping drug Ambien when she wrote it.

Davia Temin says Barr is beyond hope. “I believe in the comeback,” she said. “This is America. We all do. Roseanne is not coming back. This tweet was egregious enough, there’s no coming back from that.” […read more]