The Ghosn Brand Is Broken. These Spin Doctors Say How to Fix It 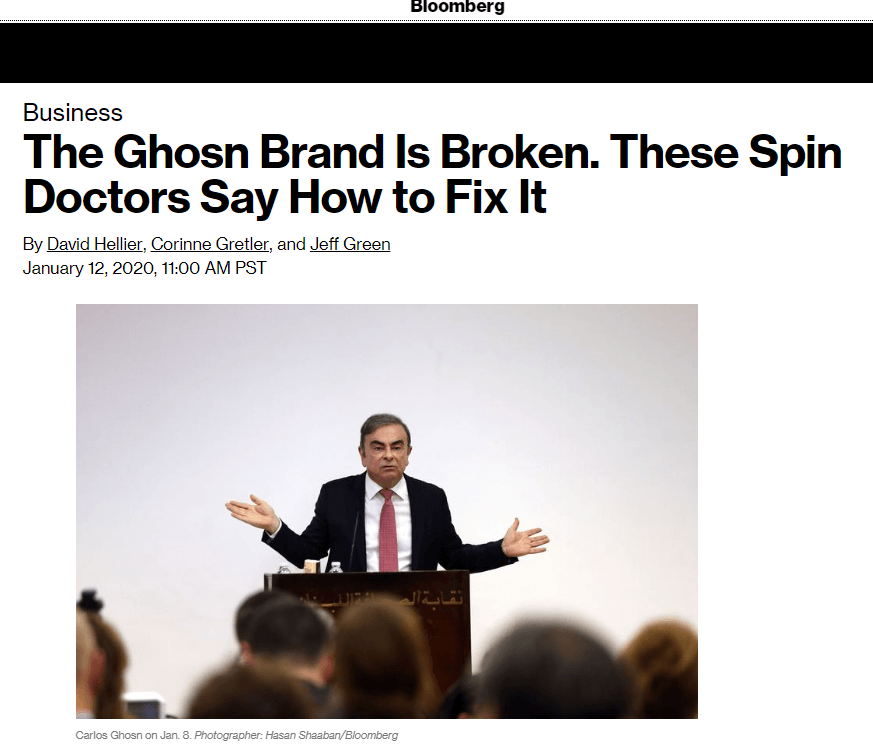 Carlos Ghosn captured the world’s attention by being spirited out of Japan in a private jet concealed in a box often used for audio equipment with the help of a security detail led by a former Green Beret. He evaded two trials on charges of financial misconduct. Now he wants to salvage his shattered reputation.

“The world does love an anti-hero,” said Davia Temin. “The world does love someone who bucks rules and regulations — if they’re a romantic figure. He has made himself into quite a romantic figure. As tempting as is it to tell his story, more and more, the risk now isn’t just that he will sour public support, but that he will do something to make himself a further target.” […read more]