The big picture: #MeToo has exposed hundreds of high-profile people 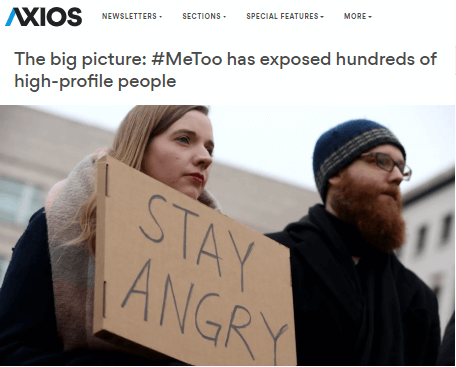 More than 400 high-profile executives and employees from across the professional spectrum have been brought down by the #MeToo movement in the last 18 months, Bloomberg reports.

The big picture: While #MeToo isn’t dominating headlines the way it was last year, the movement has still been at work behind the scenes. Davia Temin, whose firm Temin & Co. conducted the study cited by Bloomberg, said that while the accusation rate “has been slowing … the percentage of people being fired has increased.” […read more]