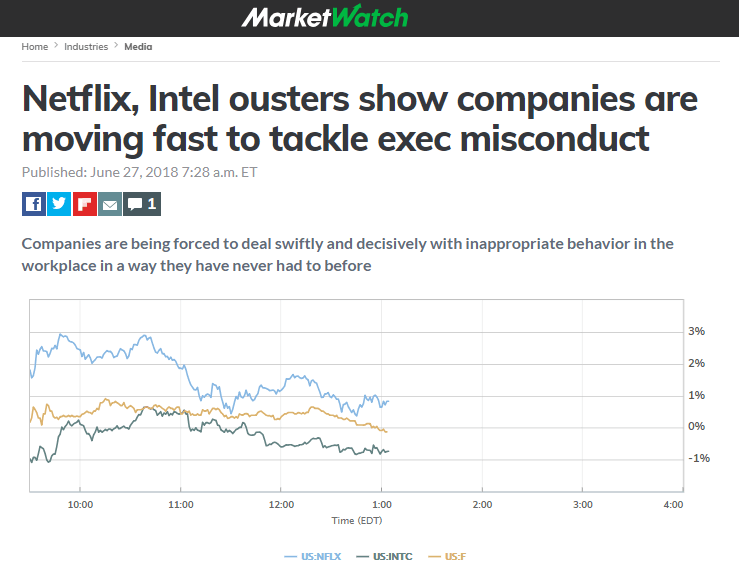 Companies act swiftly nowadays. Businesses are finding they must deal quickly and decisively with inappropriate behavior in the workplace in a way they never had to before. What once took months or years to address has been accelerated by the increasing influence of online consumer advocacy groups, the role of social media in people’s lives and the #MeToo movement.

“Companies are looking at a new set of best practices,” said Davia Temin, chief executive of Temin & Co., a New York-based reputation and crisis-management firm. “The old set would have been to close your eyes, ignore it and hope it goes away or that no one notices,” she said.

These new standards are causing some big changes at the top.

At least 416 executives and celebrities have been accused of sexual misconduct since December 2015, according to a data collected by Temin’s firm. The majority of Temin’s list consists of corporate executives, though it does include celebrities like Bill Cosby and Kevin Spacey. Over the past 18 months, 195 have resigned or have been fired and 118 have been suspended, placed on leave or are facing legal repercussions without permanent removal. […read more]