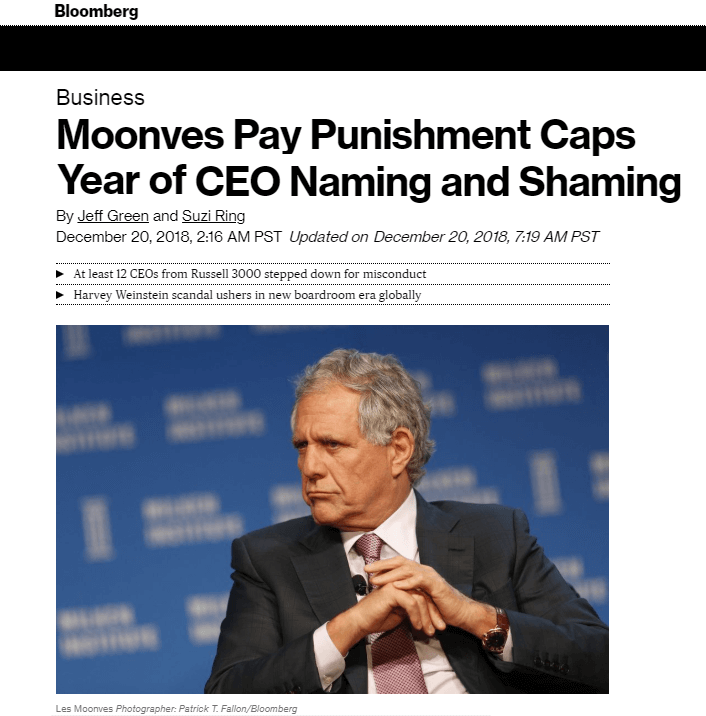 CBS Corp.’s decision to fire Chief Executive Officer Les Moonves and strip him of a $120 million payout caps an unprecedented year for naming-and-shaming in the corner office.

Corporate boards have been quicker to take action in 2018, now often announcing a CEO’s departure at the same time the misconduct was disclosed, said Davia Temin, founder of crisis consultancy Temin & Co. in New York. In October and November of last year, there were an average of 40 days between the first accusations and a firing. That has shrunk to almost zero now, she said, citing her database. […read more]