How Mark Zuckerberg can prep to be Congress’s ‘whipping boy’ 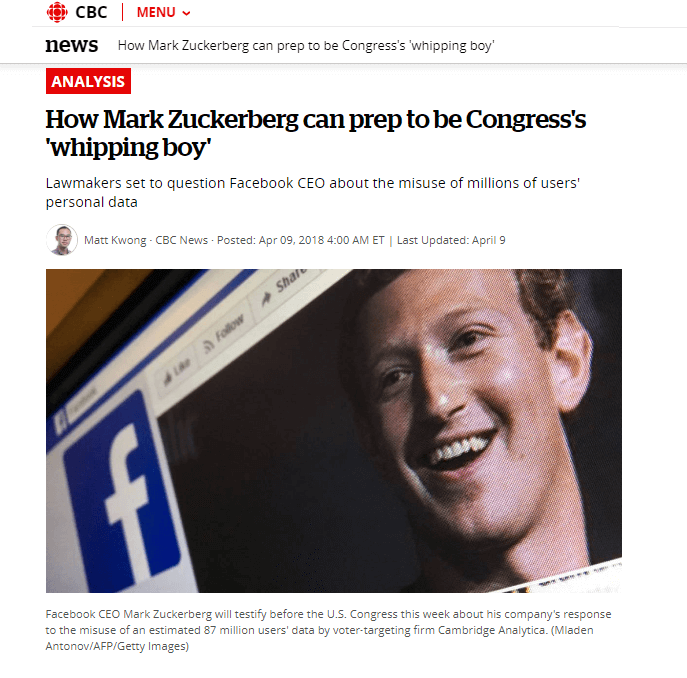 Keep your cool, Mark Zuckerberg, because this could get ugly. Show deference. Take your lumps. Watch your tone. Rehearse, rehearse, rehearse. Draw lessons from previous CEO flameouts and triumphs.

General Motors CEO Mary Barra survived a bruising testimony in 2014 about the ignition-switch recall, and remains in her executive role to this day.

“She’s the model of how to take responsibility, how to be authentic, to be real, to not shirk” the scandal, said Davia Temin, a New York-based CEO coach who also prepares them for testimony. “She had a plan to fix it even though it had been a matter of months that she’d been in the role and it wasn’t necessarily of her making. She was brilliant.”

Barra’s ownership of the problem likely helped bring the scandal to a close in the public’s minds, Temin said.

“Frankly, if I were working with Zuckerberg, I would bring out those tapes of Mary.” […read more]