How Did Facebook CEO Mark Zuckerberg Do? Crisis-Management Experts Weigh In 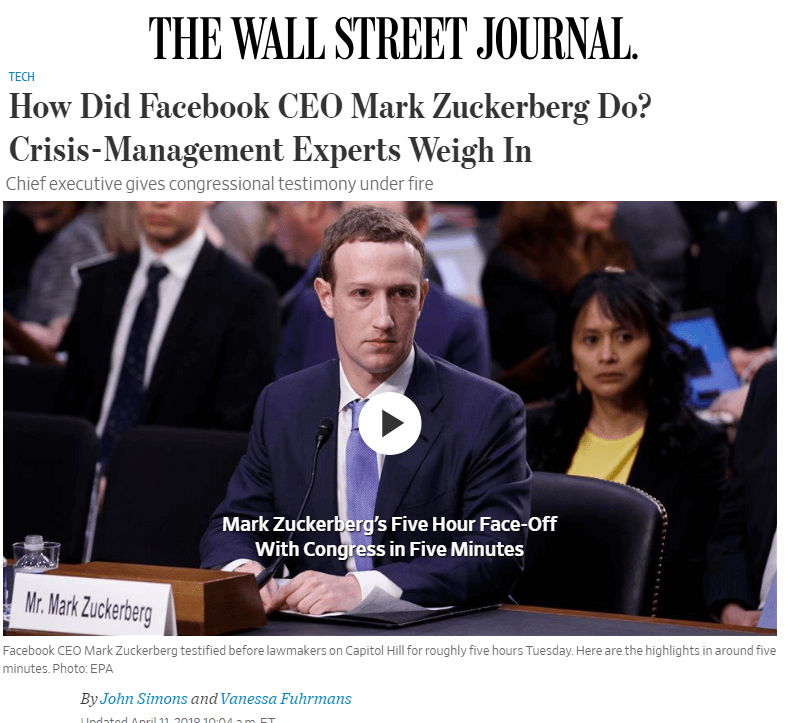 Facebook Inc. CEO Mark Zuckerberg testified in front of U.S. Congress on Tuesday afternoon. How did he do under fire? Crisis-management expert Davia Temin weighed in.

I think he gets an A-plus, considering where he started. He took responsibility for the mistakes he made. He stood up to the criticism and he didn’t deny it. What would infuriate the American people would be to deflect it, to seem holier than thou. He didn’t go that route.

He did not get cowed by the phalanx of photographers in the beginning, and that’s important. When you sit in that chair and you look out at the rows of photographers snapping pictures at you, that is a very daunting moment.

The apology tour beforehand was not as effective. You need to show you have a grand understanding of the damage that was done, and I think he began to do that. […read more]