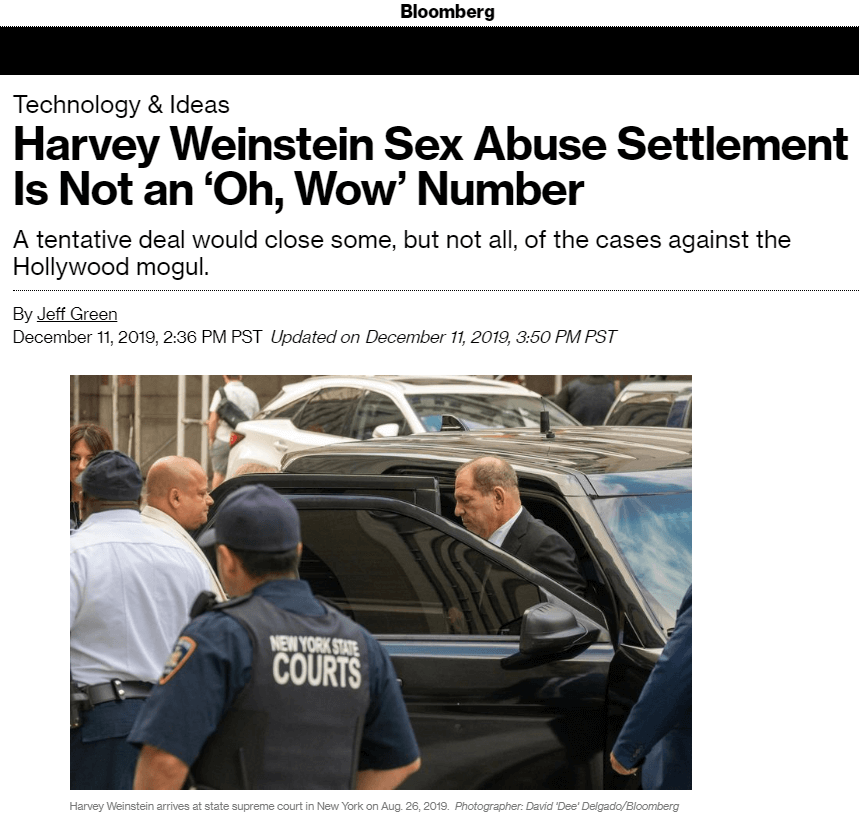 A tentative $47 million settlement between Harvey Weinstein and dozens of his accusers is “flawed,” advocates say, but still an important vindication.

“I think it’s just on the margin of being seen as serious, but it certainly does not deliver the message that $100 million would deliver, or $200 million would deliver,” said Davia Temin, founder of crisis consultancy Temin and Company, which has tracked more than 1,400 people accused of harassment and other misbehavior since the Weinstein allegations surfaced. “This isn’t some ‘oh, wow’ number.”

Considering the scope of the allegations and their impact, Temin and others expected a higher figure. […read more]