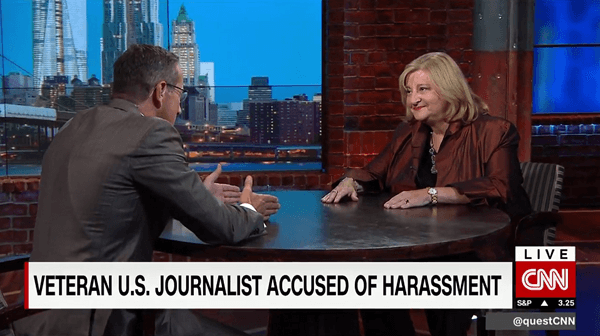 Five women have come forward with harassment claims against the journalist, Mark Halperin, relating to his time at ABC news. Halperin says he’s now stepping back from his role at MSNBC and NBC news. And while he denies some of the allegations, he does say he’s deeply sorry.

What is a company supposed to do when there are people like President H. W. Bush, who believed it was OK to pat a woman’s posterior. You’ve got Halperin, who asked people out on dates and then tried to kiss them, allegedly. Where are we going with this?

“Well, I think from time immemorial, we’re going to something that has been almost always true. And we’ re reaching a tipping point right now where it’s no longer acceptable. People are starting to talk about it more. Women are telling their stories more. And it starts with one person’ s personal narrative.”

“First of all, they’ve already got the stuff on the books. They’ve got their regulations on the books. They haven’t ever enforced them in the way that most women would like to see it. So, what can companies, if the companies are getting serious about this, because of social media, because of 24-hour news shows, what now they need to do are carrots, sticks, and nudges. This is to change behavior. Carrots, sticks, nudges.” […read more]