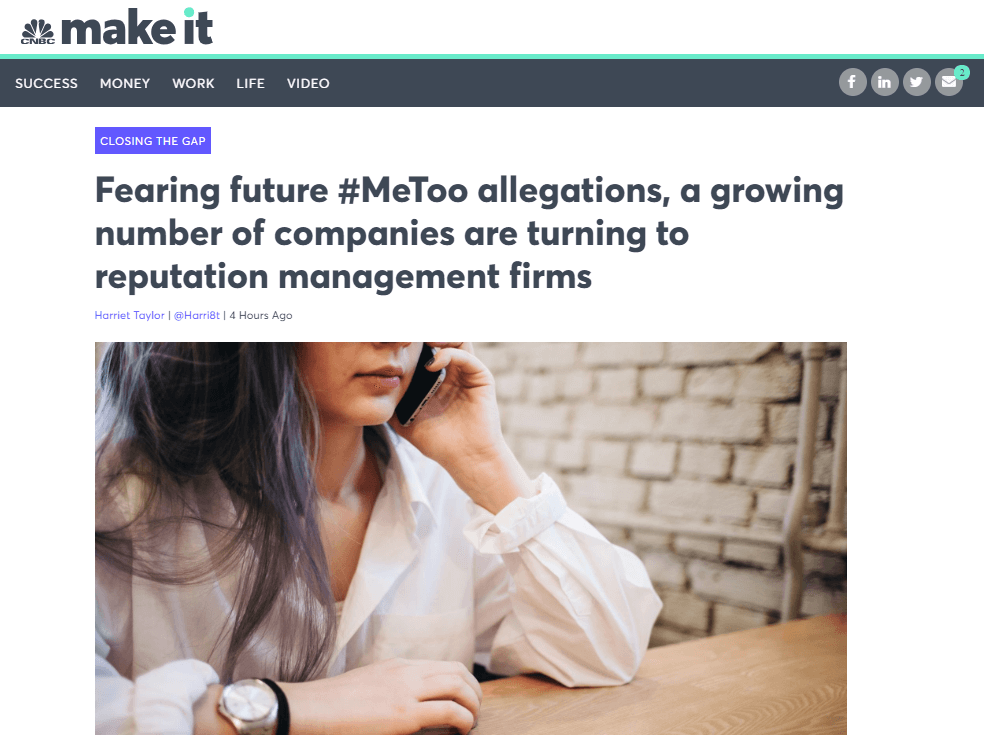 The business of protecting companies from sexual harassment scandals is booming.

Calls to reputation management firm Temin and Company quadrupled in 2018, according to president and CEO Davia Temin.

“Sexual harassment has not been one of our biggest areas of inquiry, up until now,” Temin tells CNBC Make It. But with the rise of the #MeToo movement, companies are finding themselves unprepared and facing huge legal liabilities. Temin’s business helps companies — including more than 15 in the Fortune 500 — find and address internal problems, before they become public.

When a company hires Temin and Company, the firm first conducts an in-depth study into the company’s leadership and corporate culture. Temin zeroes in on how persistent a culture of sexual harassment is at an organization and what the company is doing wrong, then makes recommendations at the governance level, including, in some cases, firing senior people. Many of Temin’s clients are in highly-regulated industries, like pharmaceuticals and finance. […read more]