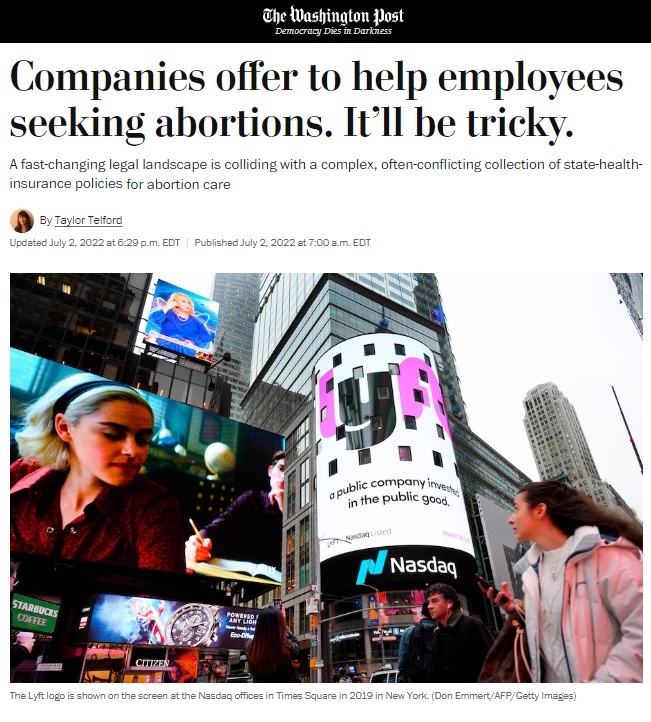 Corporate rules of engagement on social issues have shifted dramatically in the past few years, amid public pressure on companies to take stands on everything from police brutality and racism to climate change and voting rights. The fallout from the end of Roe v. Wade is forcing corporations to redefine their vision for social responsibility yet again, according to Davia Temin, chief executive of Temin and Company, a crisis management firm.

“It is illuminating who we really are, what we stand for, how we are changing, when we take a stand, and when we remain silent,” Temin said.

This time, corporations have largely avoided the sort of impassioned letters to employees and stakeholders that they usually put out while weighing in on key social issues, Temin noted. Instead some companies moved swiftly to expand their health-care plans despite the uncharted territory.

“What corporations are doing in a pragmatic manner is they are coming up with solutions for their people — because, of course, some of their employees are extraordinarily upset,” Temin said. “Instead of the persuasive and heartfelt letters, you’re getting action.” […read more]