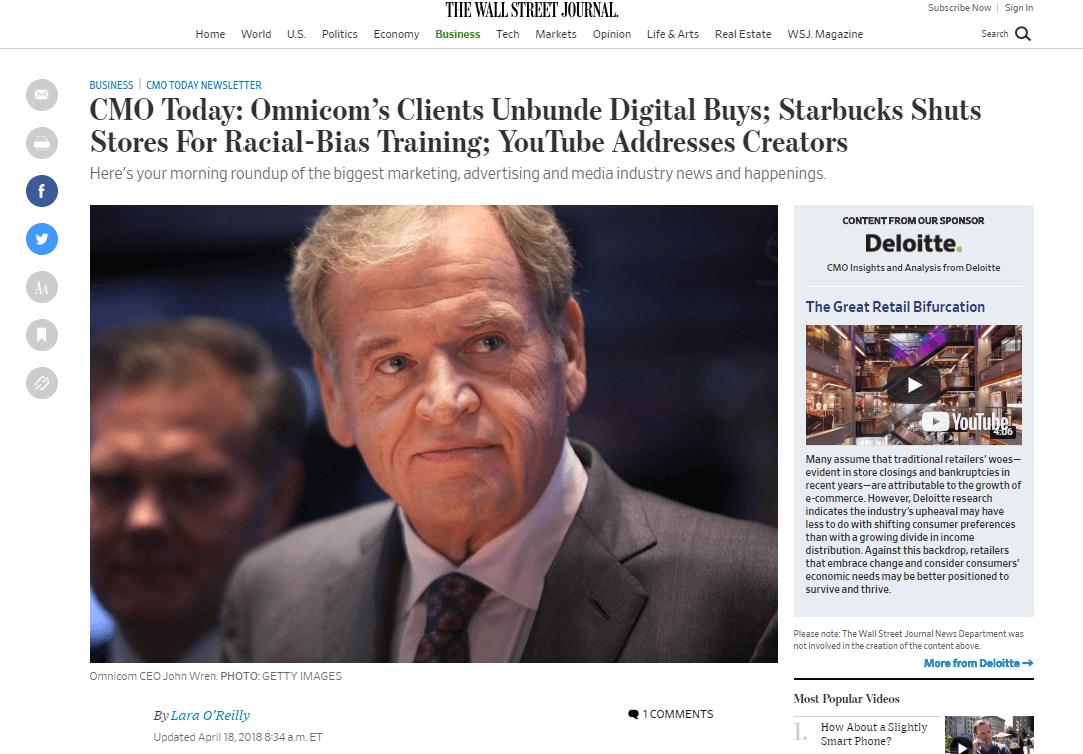 Starbucks made headlines this weekend after finding itself at the receiving end of a backlash when two black men were arrested at a downtown Philadelphia location. On Tuesday, they announced they will close all their company-owned U.S. stores on the afternoon of May 29 for racial-bias training, a move that some might compare to when Chipotle closed its stores to hold a national staff meeting about food safety.

But in Starbucks’ case, the company isn’t just applying a Band-Aid to an unraveling crisis, but defining best practice and a leadership position, according to Davia Temin. “Starbucks is defining a new level of seriousness in crisis response. It is a unique step—not one right out of some PR playbook—that both feels and appears to be honest and real.” […read more]