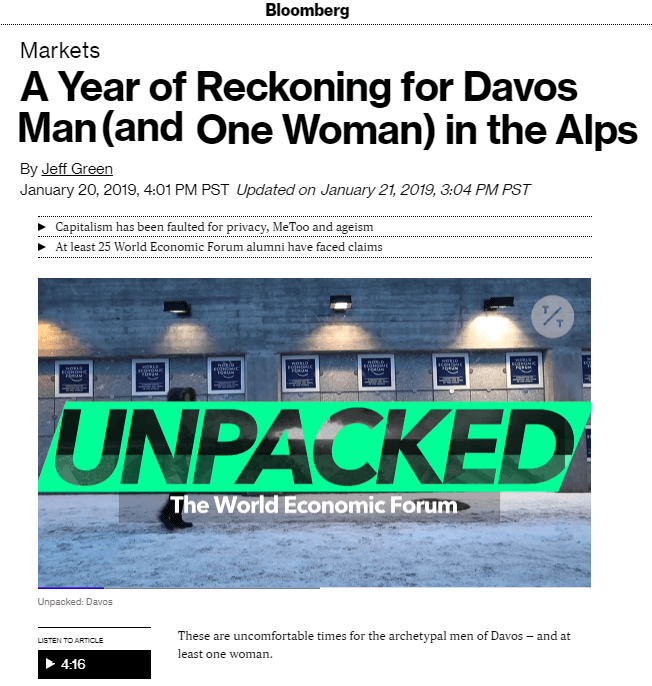 These are uncomfortable times for the archetypal men of Davos — and at least one woman.

Established in 1971 to support a global, capitalist vision of the future, the World Economic Forum in Davos this year also offers a reminder of the public humbling of some of its most visible champions. Dozens of the assembled business leaders and exemplars present and past have been brought low by a wide range of misconduct allegations, including sexual harassment, mismanagement and financial misconduct.

“At Davos they are both reflecting and setting the culture,” said Davia Temin, whose crisis consultant company has tallied more than 1,000 people, mostly men, accused of harassment and other misdeeds in the last year. That same list includes more than two dozen men who are present or past Davos attendees. “They reflect the culture of leadership, and sometimes looking in the mirror helps to spur the discussion.” […read more]