‘A new era’: Trump and 2020 hopefuls are singling out more American companies by name 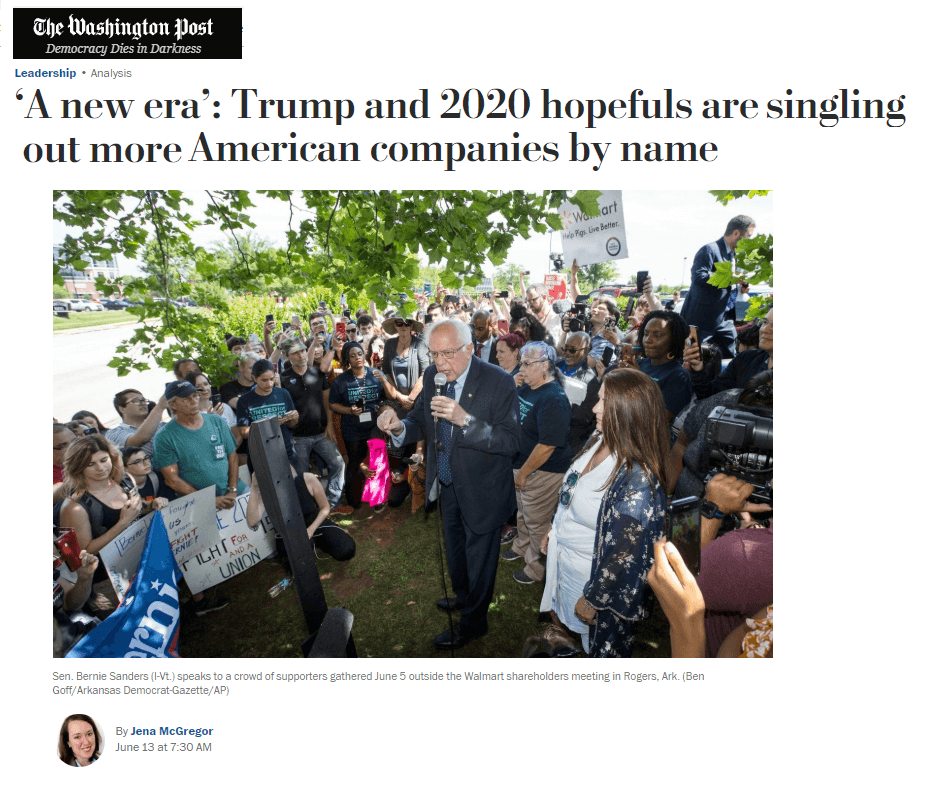 On Monday, after Raytheon and United Technologies announced merger plans, President Trump weighed in again with an opinion about American corporate business decisions, telling CNBC he was “a little concerned” the defense contractor and industrial technology giant’s merger could result in less competition if they become “one big fat beautiful company.” It was the latest in a long string of examples of Trump — whether by tweet or by tirade — singling out American companies.

But the president has been joined more often in recent months by 2020 Democratic presidential candidates who are also increasingly calling out companies by name, directly challenging American businesses in a way that historians and communication experts say underscores a new era.

Communications experts advised companies not to get into Twitter wars, to be responsive but not respond in kind, and to prioritize connecting with White House or legislative staffers early on when making announcements that could come under fire. In most cases, companies should use the opportunity to explain their story or strategy again rather than fight.

“Don’t escalate, don’t shoot back,” said Davia Temin, a communications and management coach on reputation issues. “The last thing an awful lot of people want is a one-upmanship match between the president or presidential candidates and an individual company.” […read more]